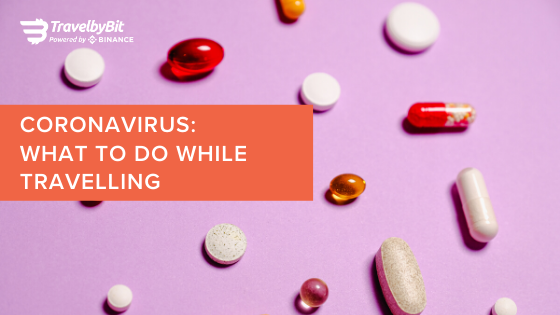 19 February 2020
Coronavirus: What To Do While Travelling

One of the questions undoubtedly on most people's minds is, "Can I still travel?".

The recent outbreak of novel coronavirus (2019-nCoV) has struck fear among many — especially those that plan to travel these few months. While the virus is not new to us, it is an unknown enemy. Scientists and researchers are racing to develop vaccines and ways to contain it.

Non-essential travelling is not recommended, but it is inevitable in our daily lives. Experts agree that practising personal hygiene is the best source of prevention. Whether you take the train to work or are flying to Japan on a business trip, here are some tips to avoid contracting the virus.

What can I do?

1. Refrain from travelling to affected countries

Travelling will not be easy over the next few weeks. Airlines worldwide have cancelled flights and countries restrict entry based on your recent travel history. Contact your travel providers and keep up to date with announcements from authorities before you travel.

Pack hand sanitizer and wipes in the event washrooms are not readily available. Keeping your hands clean has proved to be more effective than wearing face masks in less crowded areas.

A face mask can provide some protection against airborne particles while navigating crowded areas. According to NSW Health, face masks aren't crucial, but P2 masks can prevent contraction.

Crowded spaces mean a higher chance of coming into contact with someone unwell. Even though that squeezy, Monday morning commute is unavoidable, it's good to take necessary precautions. Practising good hygiene habits is the key to preventing the spread of viruses.

Seek medical attention if you feel unwell, and have recently come into contact with someone who has shown symptoms. Avoid contact with wildlife and farm animals. Make sure to cook your food well (especially meat and eggs). Lastly, avoid touching your face, eyes or mouth.

Australia - Extension of entry restrictions on foreign nationals who have recently been in mainland China for a week from February 15.

China - Commerical flights for Wuhan, Beijing and Shanghai are suspended. Carriers worldwide, from British Airways to Singapore Airlines, have suspended most flights to China.

France - All Air France flights to China are suspended until March 28. Once-daily flights, alternating to either Beijing or Shanghai resumes from March 16.

Hong Kong - Flights to Hangzhou, Ningbo, Wenzhou, Sanya and Haikou, suspended until March 28. The capacity of flights for cities in mainland China to be cut by 50% or more until March 31.

Indonesia - Direct flights to and from mainland China suspended starting from Wednesday, February 5.

Italy - All flights to and from China, Hong Kong, Taiwan and Macau stopped until April 28.

Rwanda - RwandAir flights between Kigali and Guangzhou stopped from January 31 until further notice.

Spain - Iberia flights between Madrid and Shanghai suspended until April 30.

Taiwan - All flights to and from Wuhan suspended until February 29.

What else can I do?

1. Returning to Australia while feeling unwell

If possible, seek advice from your doctor over the phone before booking your appointment. Inform them of your recent travel history if you feel sick after returning from your trip.

2. Returning from a location with reported cases

Before returning from your travels, make sure to check travel restrictions. As of February 1 2020, new immigration procedures are in place. All travellers arriving from China, regardless of nationality, will be subject to border control measures in Australia.

Will I catch the virus on a plane?

According to a study of in-flight transmission of viruses conducted by the 'FlyHealthy Research Team', illnesses are most likely to be transmitted to passengers within one row of the infected individual.

Public health safety researchers studied the behaviour of passengers and crew on ten transcontinental U.S. flights. The flights studied ranged from three and a half to five hours. It estimates how transmission can happen during transcontinental trips through contact on a plane. Passengers seated near the windows had fewer close encounters than passengers in other seats (averaging 12 contacts). Passengers in middle seats had an average of 58 contacts, and aisle seats had 64. 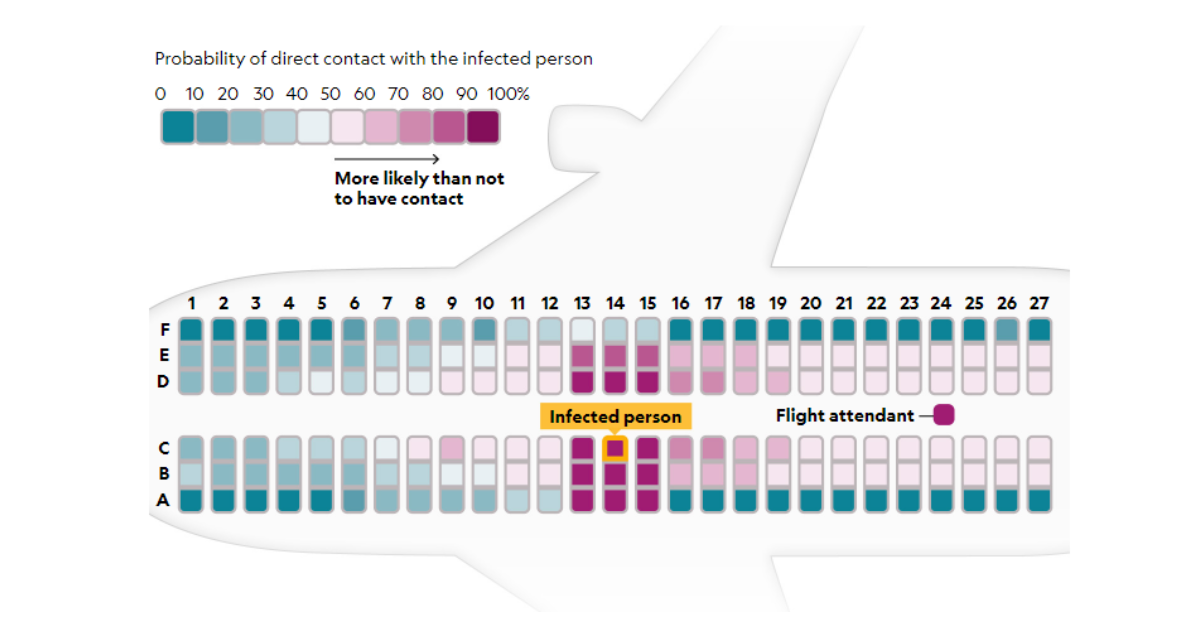 On a flight, passengers seated in window seats have the lowest likelihood of coming into contact with an infected person. If a crew member is infected, the probability of infection is 4.6 passengers. The World Health Organisation defines 'contact' as being seated within two rows of each other. Passengers seated within the two-row range have a low probability of getting infected as most contact people have is relatively short.

Take precaution no matter where you go

Preparation is one of the best forms of prevention. Taking care of your hygiene is the first line of defence. Here are a few essential items you can prepare as a 'travel first-aid kit' before you leave on that trip:

As the knowledge of how exactly the virus transmits remains unknown, it is essential to practise standard health measures. We should take the necessary precautions while we travel to keep ourselves and others around us safe.