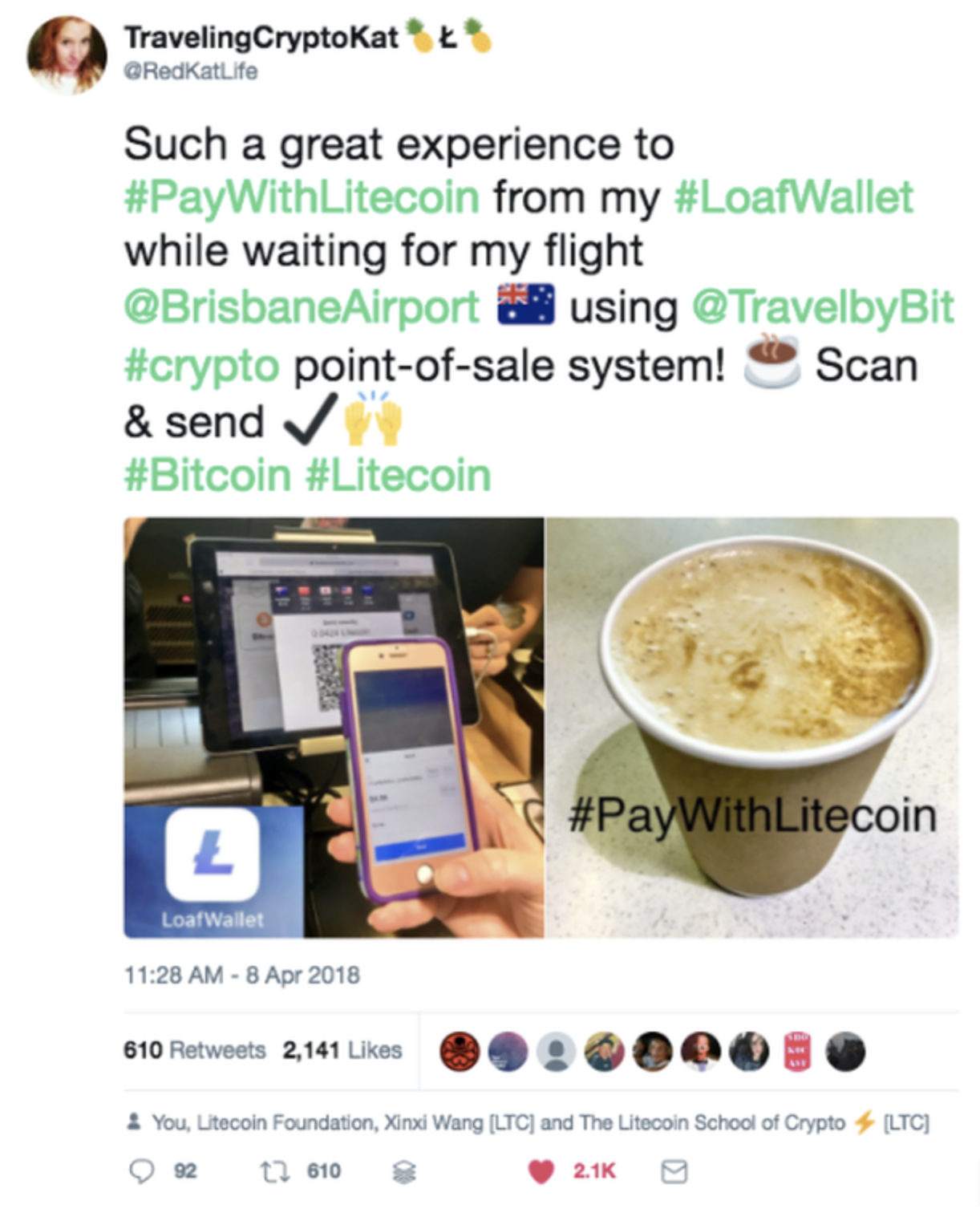 People are visiting us here in Queensland from the far reaches of the planet to experience our exciting and innovative technology. And what happened during the 2018 Commonwealth Games is a testament to what people are really excited about.

TravelingCryptoKat, a Twitter user and Litecoin enthusiast from Washington, D.C., visited Brisbane in April, making a point to stop through Brisbane International Airport.

What she describes as “such a great experience to #PayWithLitecoin,” gained much more attention than she ever expected.

Within the afternoon, the tweet had caught the attention of Litecoin founder Charlie Lee, who retweeted it to his 761,000+ loyal followers.

CryptoKat’s tweet was sent during the celebration of the 2018 Commonwealth Games at the Gold Coast. Only a few days earlier, Prince Charles of Wales and the Duchess of Cornwall arrived in the city for the Games to a lukewarm social media fanfare. 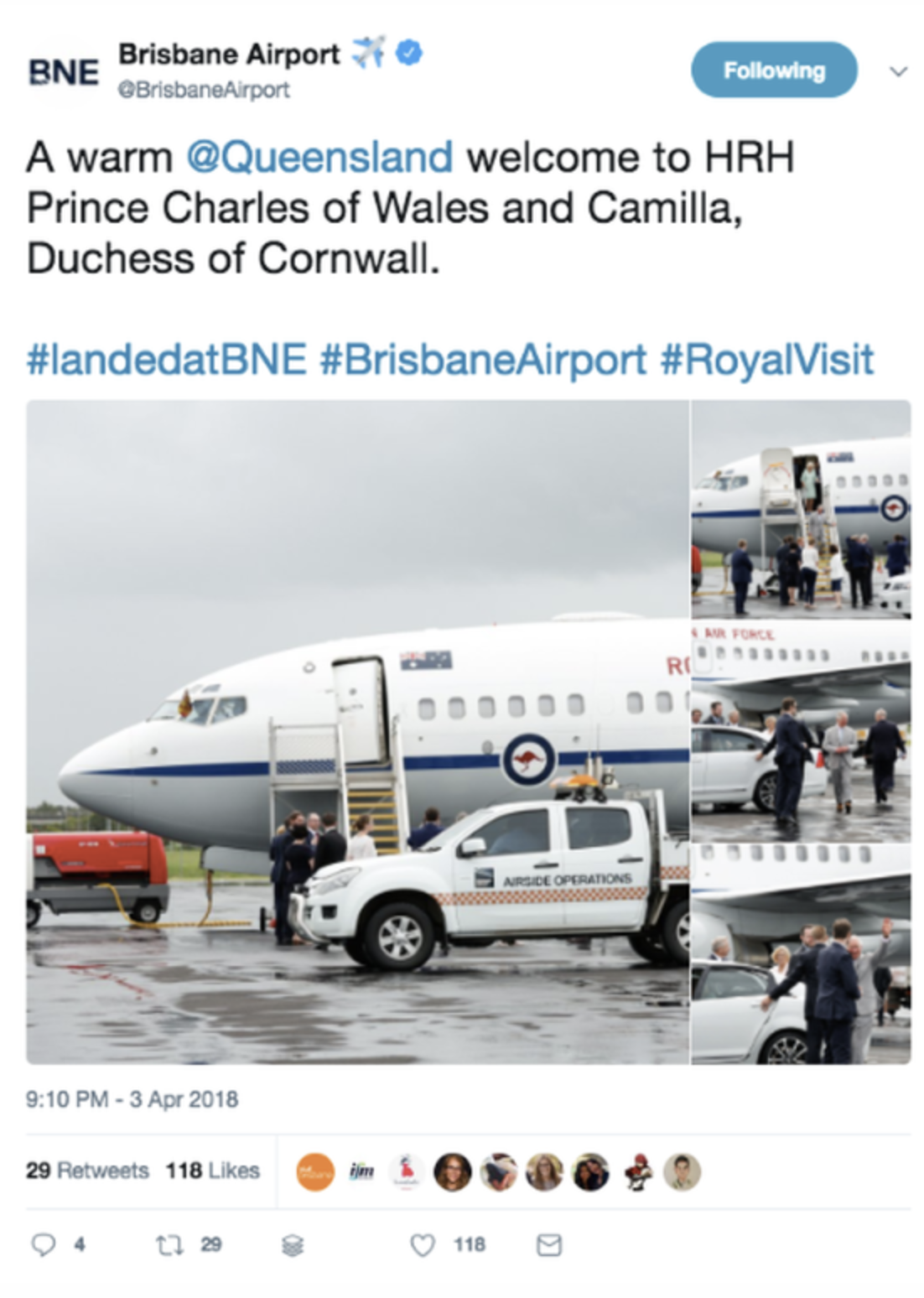 In a matter of hours, CryptoKat’s tweet about using TravelbyBit’s payment system had surpassed any tweet about Prince Charles’ arrival and had skyrocketed to over 1,000 Likes and over 500 retweets.

To date, the tweet about Prince Charles has received 29 retweets and 118 likes. CryptoKat’s tweet? Still going strong: 610 retweets and 2,141 likes.

This is what we call a social movement. We’re ready for an exciting future. That future is here and the masses are ready to embrace it.

We are inviting crypto believers from all over the world to Travel by Bit and visit us here in Queensland, Australia.