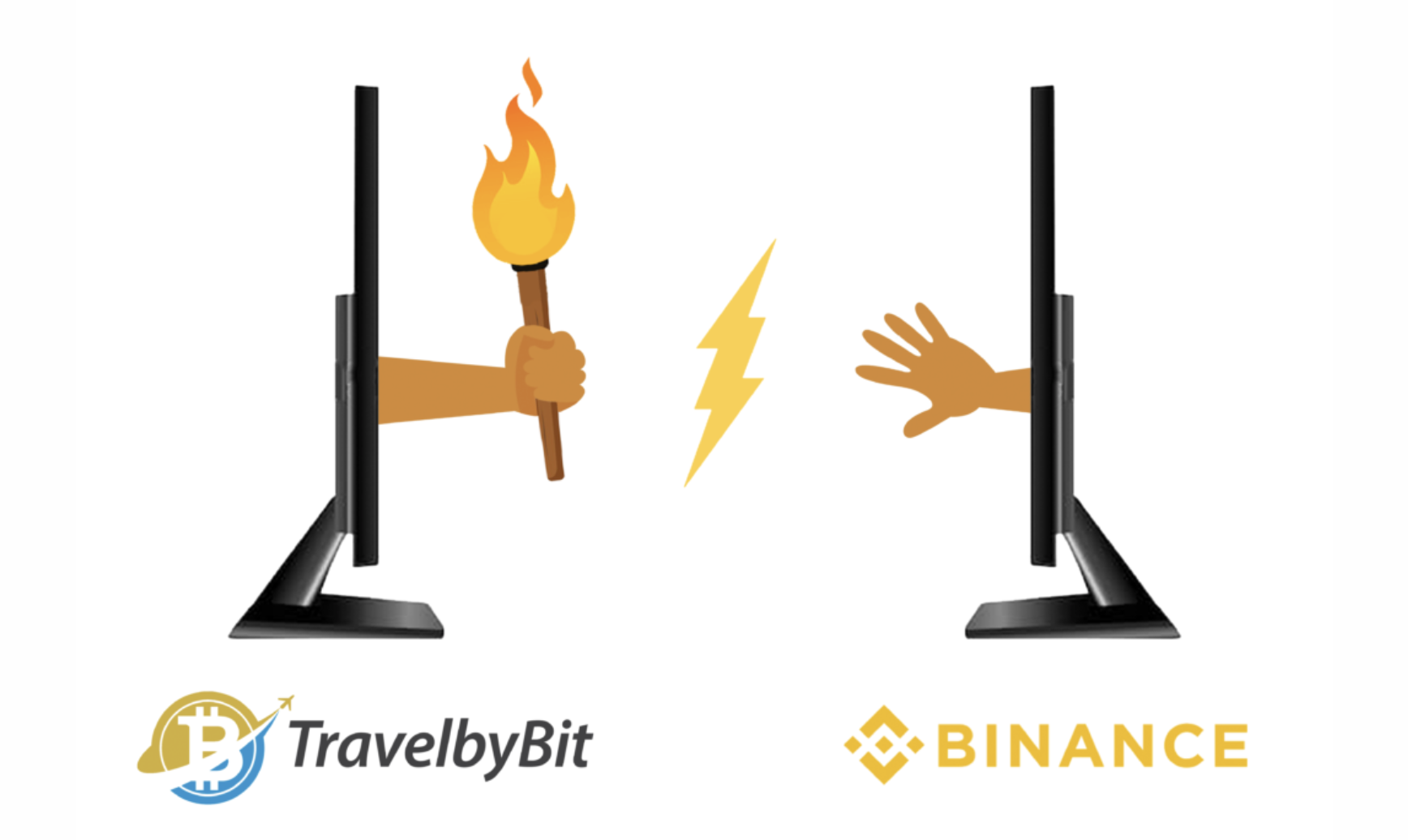 The latest viral internet phenomenon emerges in the form of the Lightning Network Trust Chain.

The Twitter-based #LNTrustChain is a unique unfolding that demonstrates the power of the Bitcoin Lightning Network. Lightning Network users around the world used the peer-to-peer network to “pass the torch” by forwarding Lightning Payments to the next user, while adding 10,000 satoshis each time.

We couldn’t help but get in on the madness, prompted by an invitation from @TheCryptoconomy.

But we weren’t torchbearers for long. We relayed it on to CZ, CEO of Binance. 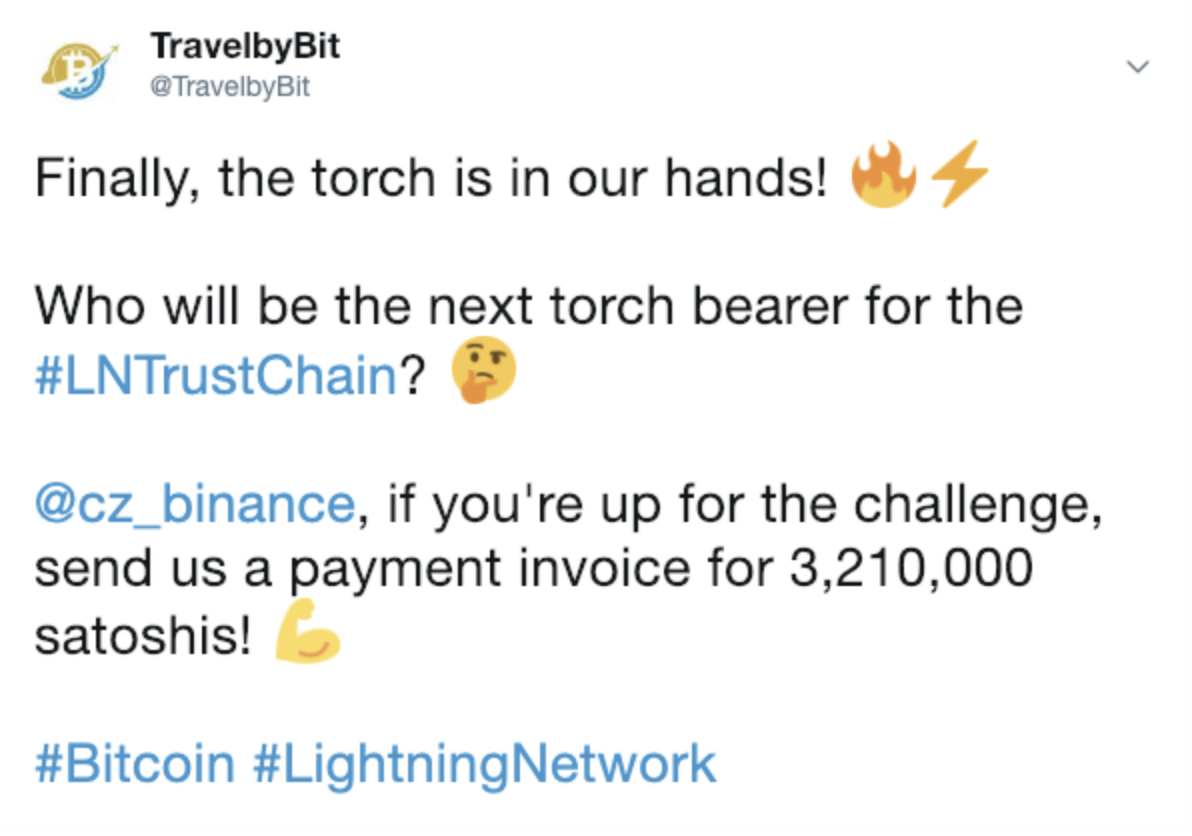 Despite successfully running a billion-dollar crypto exchange known for its low trading fees and huge selection of coins, CZ is very active on Twitter and was on board within minutes! 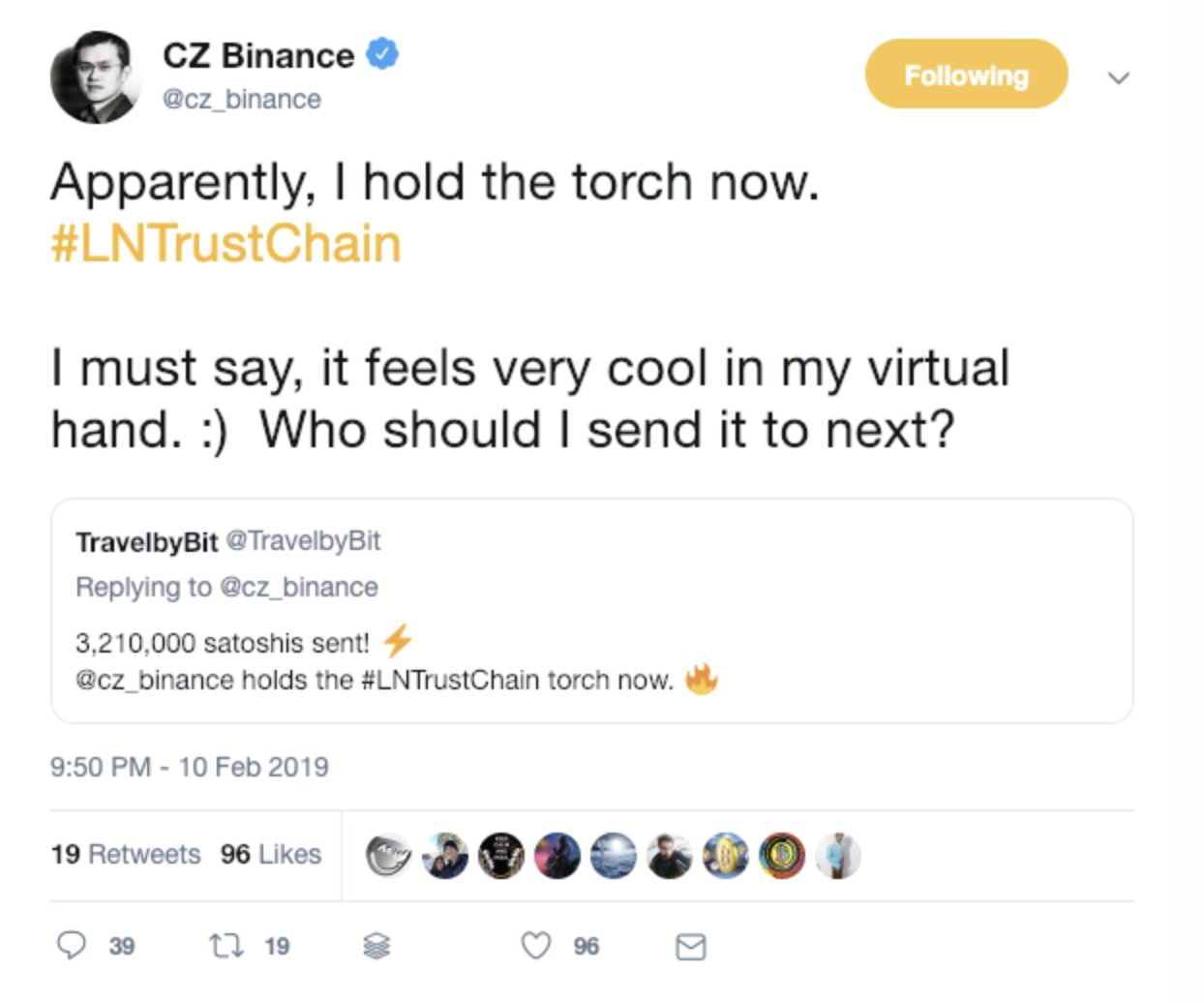 The torch was also passed through the electronic possession of Anthony Pompliano, Andreas Antonopoulus, Elizabeth Stark, and even Mr. Twitter himself, Jack Dorsey.

Now, the chain has hopped through over 180 unique participants, 43 countries, 6 continents, and even through the geosynchronous orbit via the Blockstream Satellite.

Reckless and unpredictable... or history in the making?

Some regard the Lightning Network experiment as reckless and unpredictable, but many see it as history in the making.

Here at TravelbyBit, we’re growing genuine adoption of cryptocurrency around the world. As part of this mission, we recently flipped the switch to enable Lightning payments at all 200+ cryptocurrency merchants in our network. Click here to see a video of the payment system in action.

The passing of the torch acts not only as an internet phenomenon, but a showcase of Lightning Network’s potential. It also serves as a test of Bitcoin’s second-layer transactional network’s robustness in instant and secure borderless payments, and showcases the trust and respect that permeates throughout the entire Lightning Network community on Twitter.

It’s reported that the ceiling is 4,390,000 satoshis, but when will the chain reach its limit? Only time will tell.