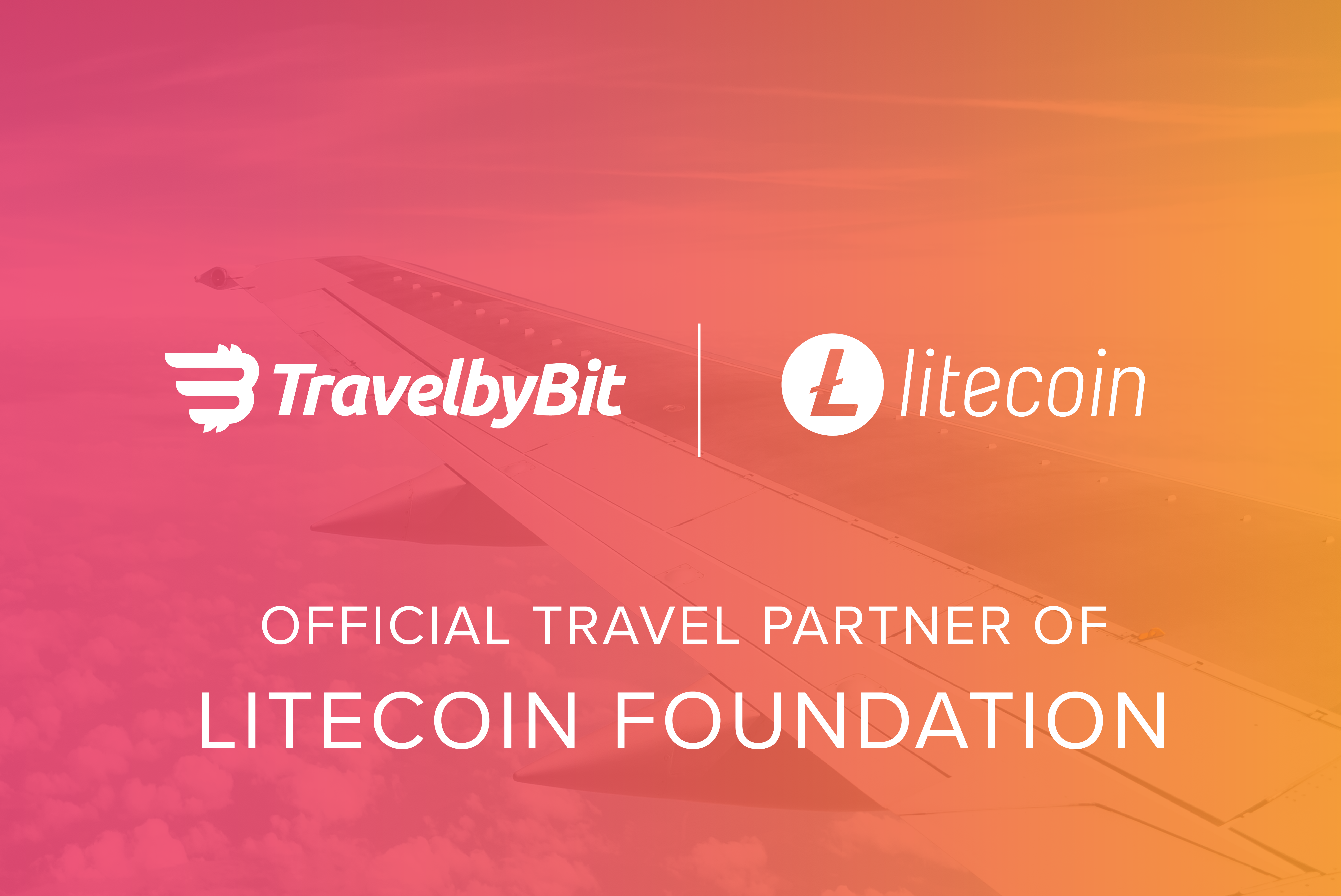 The world’s first all-in-one cryptocurrency travel booking platform, TravelbyBit, is thrilled to announce a strategic partnership with the Litecoin Foundation. With an offering of over one million flights and hotels globally, TravelbyBit makes it simple for anyone to travel with cryptocurrency. The partnership, which was established with the view of continuing driving cryptocurrency adoption together, will see TravelbyBit become the official travel partner for the upcoming Litecoin Summit in October.

Caleb Yeoh, CEO of TravelbyBit, commented on the partnership saying,

“We’re very excited to be working with the Litecoin Foundation. Cryptocurrency adoption is something we strive for in everything we do at TravelbyBit, which is why it makes sense to partner with the Litecoin Foundation, who so closely align with our values. Making it easy and accessible for everyone to join this social movement is instrumental in the furtherment of cryptocurrency.”

The Litecoin Project is focused on promoting the use of digital currency as a payment method. Their philosophy has seen a strong emphasis on seamless and fast payment integration with low transaction fees in the development of Litecoin. Recognising this, TravelbyBit has proudly enabled Litecoin, as well as other cryptocurrencies, as a payment option for travellers to book both their flights and hotels with Litecoin quickly, easily and cost effectively.

Charlie Lee, Creator of Litecoin and Managing Director of the Litecoin Foundation, said,

“We’re thrilled to be partnering with TravelbyBit, who are adding yet another use case for Litecoin. As a global currency, Litecoin users from all over the world can now book their entire journey in Litecoin, which further shows the tremendous benefit of adopting not just Litecoin payments, but cryptocurrency payments in general.”

TravelbyBit’s Contribution to the Litecoin Ecosystem

While the announcement officially recognises TravelbyBit’s partnership with the Litecoin Foundation, this isn’t the first time TravelbyBit has incorporated Litecoin in their impressive list of initiatives. In early 2018, Litecoin was launched alongside a number of other cryptocurrencies at Brisbane Airport, otherwise known as the World’s First Digital Currency-Friendly Airport. Travellers can purchase food, drinks, souvenirs, and travel essentials in cryptocurrency while waiting for their flight to depart in both the domestic and international terminals.

Litecoin is also featured as a key payment option at Australia’s First Digital Currency-Friendly Town, the historical coastal township of Agnes Water and 1770. The region, spanning only around 70 square kilometres, now has over 30 merchants accepting cryptocurrency payments, which has seen cryptocurrency enthusiasts travel from opposite parts of the country and overseas to experience the unique area.

The second annual Litecoin Summit will see TravelbyBit named as the official travel partner as part of the partnership with the Litecoin Foundation. The Litecoin Summit 2019 will also be held jointly with the World Crypto Conference Blockchain Week in Las Vegas between 28-29 October.

The Litecoin Summit 2019 is looking to build on last year’s spectacular debut by hosting some of the world's leading innovators and most influential members of the crypto community. The confirmed speakers so far include the Managing Director of the Litecoin Foundation Charlie Lee, venture capitalist and bitcoin bull Tim Draper, and co-founder of Morgan Creek Capital Anthony Pompliano.

TravelbyBit is an online travel booking platform built for the blockchain generation. Combining a team of passionate travel experts and digital currency enthusiasts dedicated to providing a unique travel experience with every booking, the platform enables travellers to experience the world with freedom using digital currencies. Book your flights and accommodation today and see where bitcoin can take you!

The Litecoin Foundation is a Singapore-based non-profit organization created to advance Litecoin for the good of society by developing and promoting state-of-the-art blockchain technologies. Litecoin was created by Charlie Lee in 2011 as a transaction-friendly cryptocurrency. It is commonly thought of as the “silver” to Bitcoin’s gold and has key technical differences that make it superior to Bitcoin for payments due to its faster transaction speeds and lower fees.